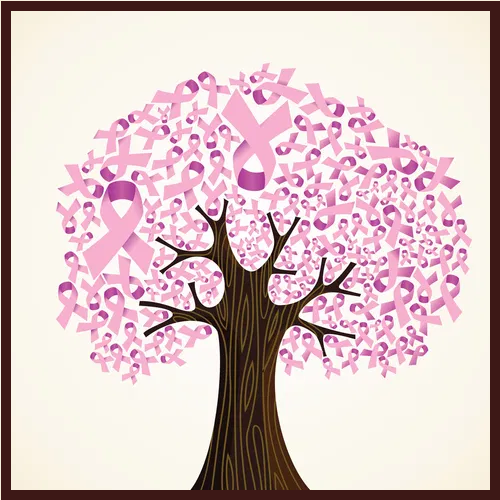 While many may find it surprising that doctors would utilize the skills of a hypnotherapist in the treatment of cancer, the concept is hardly new age.  In fact as cited in the Cancer Journal for Clinicians, “Hypnosis has been used to provide psychological and physical comfort to individuals diagnosed with cancer for nearly 200 years” (Montgomery, Schnur, & Kravits 2013).  Unfortunately the modality often isn’t used to its fullest benefit.  As other respected journals document, “Despite conclusive evidence for the efficacy of clinical hypnosis in the management of many cancer related symptoms and particularly acute and chronic pain, hypnosis is currently under-utilized in these applications (Liossi, 2006).

These studies obviously bring several questions to mind, such as why is such a valuable tool so underutilized, and equally important; In what areas can hypnosis benefit those who are battling cancer?  The answer to the question as to why hypnotherapy is so underutilized, while a very good one is beyond the scope of this article and will be covered in more detail at a later date, but in short much of it dates back to a previous century in the time of Freud when many misconceptions were formed.  It wouldn’t be until many years later that some very noted physicians, scientists, and psychologists would bring the value of the tool to the attention to the medical community with scholarly research demonstrating proof of the value of the profession.  The good news is that as often happens in the medical community, things are changing at a rapid pace.  The use of hypnotherapy is being embraced in more areas every year; and in more progressive treatment facilities, hypnotherapy is utilized not as a last resort, but as a front line treatment.  Such is the case at the UCLA School of Dentistry; Orofacial Pain Department, where according to staff psychologist Dr. Don Goodman, their hypnotherapists actually see more migraine patients than the physicians in the clinic at the medical school (Kappas, 2009).

This therefore brings us to the question of how hypnosis can help those who are battling not only cancer, but dealing with the challenges inherent with the treatment of cancer as well.  This is not to imply that the implementation of hypnotherapy in and of itself is any kind of a cure, but as much research has shown can be a very powerful adjunct to the physician’s overall treatment in many areas.

In women for example who find they must undergo an excisional breast biopsy for definitive diagnosis, not only must the patient endure the pain associated with the procedure, but endure the emotional turmoil associated with the threat of cancer, which as many may empathize could actually be far worse than the physical pain.  Fortunately recent studies have been able to document and show hypnotherapy to be an effective means of controlling both presurgical as well as postsurgical distress and the associated pain (Montgomery, Weltz, Seltz, & Bovbjerg, 2002; Schnur, 2008).  Additional studies have shown us that these benefits are in no way isolated to neither breast cancer patients, nor women in general.  Like benefits have been cited for managing anxiety and pain in colonoscopy patients which further documented hypnosis reduced the need for sedation and potential additional benefits such as reduced vasovagal events and recovery time (Elkins, et al., 2006).

With the aforementioned studies alone one can begin to see the benefits available to adults who are undergoing both treatment and testing, but what about children?  Fortunately the research shows favorable results for the use of hypnotherapy in the pediatric oncology environment, and as many hypnotherapists will quickly attest, some of the most hypnotically talented subjects are in fact children.  Two studies that documented pediatric benefits addressed issues such as lumbar puncture and venipuncture in children, and concluded that the patients who had hypnotherapy added as an adjunct to the treatment reported less anticipatory anxiety, as well as less procedure-related pain and anxiety, and that they were rated as demonstrating less behavioral distress during the procedure (Liossi, White, & Hatira, 2006; 2009).  Additionally the later of the two studies showed marked benefits for the parents as well whose children were in the hypnosis group, citing, “Parents whose children were randomized to the local anaesthetic [sic] plus hypnosis condition experienced less anxiety during their child’s procedure than parents whose children had been randomized to the other two conditions.”  This finding while certainly a benefit to any parent can also be attributed as a direct benefit to the patient as well, since a parent’s anxiety can often be transferred to their child.

The studies attesting to the usefulness of hypnosis to control anxiety, depression, improved sleep, and even to control hot flashes in breast cancer survivors (Elkins et al., 2008, p. 5022) go on and on.  However while all the aforementioned benefits are certainly useful, perhaps the most powerful and beneficial use of hypnotherapy in the oncology environment is its use in controlling the side effects encountered by patients during treatment such as chemotherapy-induced nausea and vomiting, (CNIV).  While hypnotherapists have worked in this area for years, a study into the effectiveness for hypnotic intervention cited hypnosis offered “statistically significant reductions in anticipatory and CNIV [chemotherapy-induced nausea and vomiting].”  Additionally the study like many before documented the benefits for children as well as adults (Richardson, et al., 2006, Abstract).

One final study to be addressed involved 20 terminally ill hospice patients who requested hypnotherapy for varying issues including insomnia, itchiness, bowel issues, pain, chemotherapy side effects, and relaxation.  Due to the varying aspects covered in this study the results are quite lengthy, but positive.  The following are two notable points to be gleaned from the study:

Most of the patients (19 out of 20) reported that after the first two hypnotherapy sessions they were able to relax for the first time in a very long period, felt less tired and more energetic, had more refreshing night sleep and as a result were able to cope better with their daily activities (Peynovska, Fisher, Oliver, & Mathew, 2005, p. 6).

The second point which is cited at the end of the paper may be one of the most significant as it has to do with the importance of implementing hypnotherapy very early:

It appears that the best time for hypnotherapy to be offered to cancer patients is right at the time of diagnosis. In that way, patients will be able to develop better coping skills much earlier in the disease process, which will help them to possibly prevent severe anxiety, depression and panic attacks from developing. They will have better treatment compliance and generally will have a more positive psychological response to their illness, which has been suggested as a good prognostic factor with an influence on survival (Peynovska et al., 2005, p. 7).

As has been shown the benefits of hypnotherapy as an adjunct in the treatment of cancer has been well documented by scientific, scholarly research.  This is not meant to imply that it should be used in lieu of medical treatment, neither is it meant to imply that everyone will receive the same benefits from its use.  Just as with more traditional treatments some will receive more benefit from it than others, however the good news is that hypnotherapy has no harmful interactions with any other treatment.  As with any condition however that has an underlying medical etiology a referral from the attending physician is a must.  This cannot be over emphasized as only a licensed physician can make the determination as to what is appropriate.  Additionally the doctor in charge needs to know for example why a patient’s pain or nausea may be diminishing as signs and symptoms are used in the medical profession to make decisions regarding drug dosages, treatment regimens, etc.

If you or someone you know is currently dealing with issues such as those covered above, and would like to learn more about how hypnotherapy may help, contact us for a consultation at 469-225-9040.