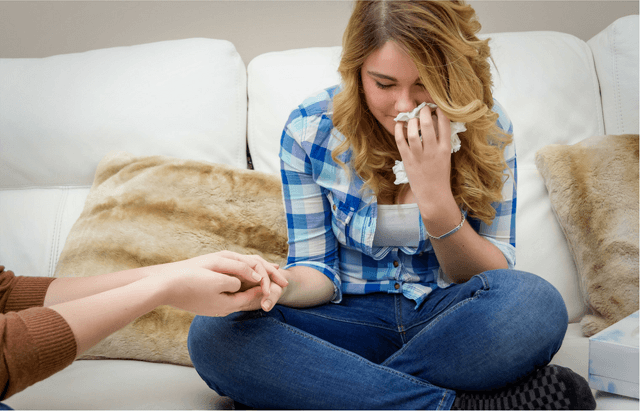 Being a teenager isn't easy today. In fact teens today have to deal with challenges on a level that would have been nothing short of science fiction when many of their parents were in school. New technology such as camera phones, Snapchat, and other social media have taken things to an entirely new level. Then of course there are the new expectations that have been set by TV, and today's, "popular culture" about sexuality, promiscuity, and orientations.

Less than a generation ago if bullying was an issue at school, you went home at 3:30 and it ended. You had a safe place to recharge and be with a few close friends. Today, however, with social media, the bullying never ends. It continues around the clock and becomes compounded by people from other schools, and other states many of which you have never even met. Today we're seeing teens that are dealing with psychogenic issues such as migraines, non-epileptic seizures, and even going spontaneously mute as the mind just finds a way to check out from the stress, anxiety, and overload.

If you're a teen you may also be dealing with stress from people that while well intentioned, are still adding to your anxiety. Pressure from teachers, parents, coaches, and even friends can at times be overwhelming; not to mention the relationship pressures felt by a boyfriend or girlfriend. In situations such as these, you may just feel like you need a safe place where you can talk things out and express yourself without fear of being judged. My office is that place.

If your son or daughter is going through challenging issues and you would like to set up an appointment for counseling, contact us online, or call the office at 469-225-9040.